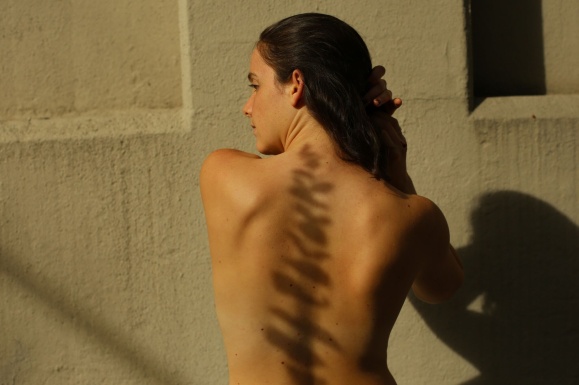 As we prepare to wind down with the end of the year approaching, artists like Lavender Child are just getting started. She’s got a lot coming up but we focused on the here and now, and a little on the past as we took a hippy inspired trip back in time for a second. Of course, we returned to talk about her latest single “Happy Illusions” and more.

Kendra: Your upcoming album, Reflections, is partly about reflecting on one’s contribution to the world. Other than music, what’s something you feel you’ve given to the world?

Lavender Child: I’m sure I’ve given the world a little bit of everything at some point in my life, good and bad, but something that I’ve always genuinely try to put a lot of care into is treating others with compassion. I think we often inspire what we express, so trying your best to live respectfully and with kindness are two small things that have big impacts on the people around us. We won’t ever be perfect, but we can always learn and grow from one another.

Kendra: You’ve noted “Happy Illusions” was inspired by a sort of juxtaposition at an outdoor music festival. Are you often drawn to the juxtaposition of things in life?

Lavender Child: It’s not necessarily that I feel drawn to the juxtaposition of life, rather I tend to have a hopeful perspective on life people and places. When it doesn’t meet my standards of thought or expectations, I feel the opposition intensely. That’s what gets me writing, the evocative moments from the unexpected.

Kendra: Vocally you’ve got this sort of Opera feel. Any background there with the Opera?

Lavender Child: I’ve been studying music privately since I was in grade one, but I wasn’t exactly coming out of the womb singing dreamy pop-alt tracks haha! I went through a lot of genre phases growing up (classical being one of them) which is likely still having a small influence on the way I sing now.

Kendra: With “Happy Illusions” inspo in mind, I also noticed you’re very into nature and yoga. You give off a modern day hippy vibe of sorts. With that, if you could travel back in time to the Woodstock what artist would you want to watch and which would you want to hop on stage and perform with?

Lavender Child: Well, I would want to watch Janis Joplin because I love seeing badass women tearing up a show! But hopping on stage? I would probably choose something a little more chill like the acoustic set with Crosby, Stills, Nash, and Young.

Kendra: With this year about to close, what are your plans for 2018?

Lavender Child: For the last year I’ve been working with local videographers to create visuals for the EP Reflections. I had such a positive experience working with Dylan Mitro on the first video for the single “Happy Illusions” that I felt inspired to collaborate with more artists after. There are five tracks on the EP and each song features a different director for the music video. “Happy Illusions” featuring Dylan is the first glimpse into the project…Can’t wait to share the rest with you!

Kendra: So if you had to create a mixtape that follows that same whimsy – what five songs would have to be on it?