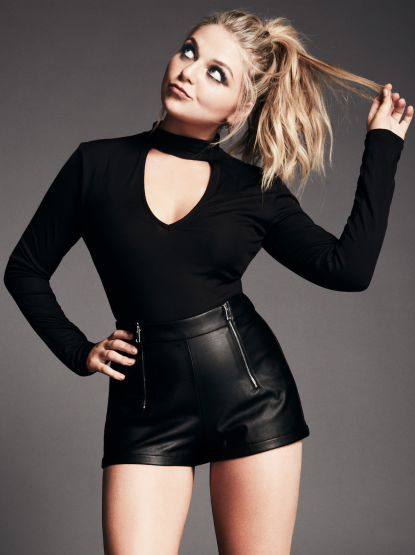 For those of you who’ve gone through college, remember just trying to balance getting up for 8 am classes with having any sort of social life? Well think of that and then times it by about a million because not only is Taylor Grey working hard at making her presence known in the pop realm, but she’s also majoring in neuroscience at…Stanford. Now that you’re about as impressed as can be (because it’s been weeks since we came into contact and I’m still in awe), let’s talk more about the musical side Taylor…

Kendra: When it comes to life after graduation, are you going full force into music or possibly going for an MA?

Taylor: Right now, I don’t see myself going for an MA immediately after, but I’m a big proponent of change so maybe later down the line! I love, love, love learning, but music is really my passion and focus now.

Kendra: That’s some time away, but right now you have your debut to focus on. Did being a student influence how you approached writing and recording Space Case?

Taylor: Yes! The independence and new experiences that come with being a college student absolutely influenced my album and what I wrote about. Space Case is a snapshot of my journey and a reflection of who I am now, and part of my identity now is as a student.

Kendra: How did you come to work with Brad Simpson and Spencer Kane?

Taylor: Brad Simpson and I linked up through our managers and we really vibed on “Fallin’.” I knew “Fallin’” was a duet when I wrote it and I knew immediately that Brad was the one for the song. He wrote some lyrics for it that really showed that he understood the meaning of the song in a way that most people do not. Spencer and I met in Nashville after one of my shows with Jacob Whitesides last year! I met with him and his producers and we decided to write a fun summer song!

Kendra: When doing a duet of sorts, do you ever feel more vulnerable in sharing your song with someone new?

Taylor: I definitely think there is a vulnerability there for more personal songs, but it’s also a great way to strengthen that connection if you both can relate to the emotions and feelings behind the song – it just makes the song that much better in my opinion.

Kendra: Going off another song of yours, what’s something you thought was “Impossible” that you totally did and were like, well dang…nothing’s that impossible after all?

Taylor: Haha I love it! I recently opened for Flo Rida in an arena. I never thought that would happen – I still feel like it was a dream!

Kendra: Perhaps performing on Radio Disney? How awesome was that? Did you have any favorite Disney shows when you were growing up that you wish you could’ve been a part of?

Taylor: That was definitely another one!! I have dreamed of being on Disney for so long, it was incredible! Yes, I adored Hannah Montana and Wizards of Waverly Place. I wanted my name to be Alex for years after that show.

Kendra: Since Space Case is out, what’s next for you?

Taylor: Right now I’m doing a lot of touring – a lot of amazing radio shows, I just finished up a tour with Jacob Whitesides, and I’m about to head out with O-Town!

Kendra: You’re going into your Junior year this fall if you had to make a mixtape to get you and your peers through to Senior year, what five songs would have to be on it?