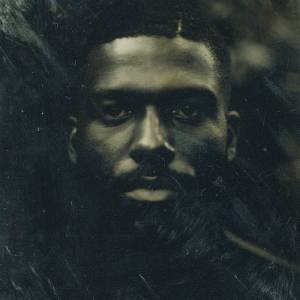 It wasn’t long ago that Kwesi Foraes’ music first came into my life. Usually music like his, that folk that bares its soul to anyone willing to open their ears, is not for me. There’s this true artistry there that my pop ridden ears aren’t mature enough at times for, but for some unknown reason – perhaps I’m growing up musically, I listened and fell hard. So when it came time for his EP, 27 to come out – I was excited but also, insanely exhausted and in my drive it sat for a little longer than I would have liked. I wish it would’ve kept me company on a trip to Portland, but instead it sat by my side on a cool Monday morning in LA as I thought about the next trip ahead of me and what there was left to do before the next take off.

Long Beach native Foraes really puts his all into his music. What’s to be heard right away is a raw, not quite energy – but rather, presence. He doesn’t fancy things up vocally, just puts it out there and what comes is a truthful, musical response. “Devil’s Child” sounds like something heard creeping about in the alley ways of New Orleans. Let’s hope Julie Plec reads this and reaches out to Kwesi to incorporate his sound into the next season of The Originals because this song and that show go hand in hand. As 27 played on, things started to smooth out musically like with “Pentacle” and “Water,” but while the music sounded more constructed and packaged nicely, his vocal delivery still gave things an edge.

It’s been a weird year so far and with that, it’s been hard to find a new artist – let alone an album that has really stuck out for me. So making an end of the year list has been dismal for months now. However, thankfully this record came along to add to the maybe one other name I have jotted down. If you’re a fan of artists like Alabama Shakes and Hozier, check out Kwesi Foraes’ 27, out now.