There are some songs that you can’t help but listen to every year like yesterday’s N’SYNC feature, but we’ve heard that a million times now. So when that happens you want to either hear new takes on the classics, or something completely new. So the following is a mixture of the two! Now go ahead and listen to your 2015 Holiday Mix!

END_OF_DOCUMENT_TOKEN_TO_BE_REPLACED

While I am a diehard Backstreet Boys fan until the day, I can’t deny that N’SYNC has one of the greatest Christmas songs – ever. With that, we’ll get right to these festive covers of “Merry Christmas, Happy Holidays.”

END_OF_DOCUMENT_TOKEN_TO_BE_REPLACED 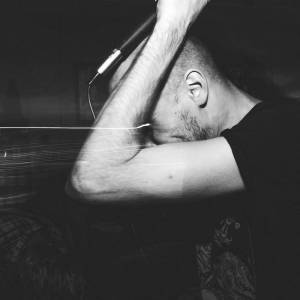 This is going to be the last review for Golden Mixtape for the year. With that, I think we’re closing out 2015 with a pretty good one. Cutters is a band that takes the mentality of punk, the aggressive nature of punk, the idea of punk and turns it on its side a bit. With both//neither, we get a trio of tracks that each stand alone but all cohesively come together in the end for a well-rounded musical jolt.

When a punk band plays live, circle pits are a must. That’s what you hear and can see in an instant ass soon as “List of People Buried at Arlington National Cemetery.” However, this is like a matured one in that it’s chaotic in a controlled manner; ironic. With that, they add some melodic charm to the mix with “Wicked & Divine” and finally close with a surprising ditty that leaves you feeling at ease with “Fade to Black.”

That’s it for reviews in 2015 and while short and sweet, Golden Mixtape hopes to hear more from Cutters come the new year. Maybe we’ll get an interview going. With that, if you’re a fan of music that takes a huge page out of the punk book but then scribbles notes all over it, creating something new – check out both//neither, out now.