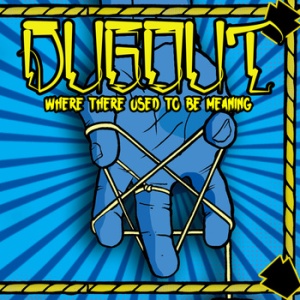 Heading down to San Diego for Taking Back Sunday and then catching a Greyhound back to LA was not the business this weekend – five hour trip home took everything out of me and I’m still not 100% as I sit here dodging religious door to door salesmen while listening to Dugout’s Where There Used To Be Meaning. With the incessant knocks at the door I had to put this pop punk record at a low volume but even then, it was enough to get my heart pumping.

Somewhere New Found Glory and Broadway Calls had a baby and they named it Dugout. An odd choice for a child, but to each their own. It’s not a glamorized session with these guys, for their sound is raw and not so pretty but they wear it well. Songs like “Sudden Death In Pennsylvania” and “Shame” showcase their imperfections and grit while maintaining an edge. However, they can soften up and that’s what made “Alone In The Company Of Others” one of my favs on the record. They also put both sides together in “Foresight/Hindsight” in what I like to call their most creative piece.

Pop punk albums are coming out faster than Kardashian spin-offs nowadays, but at least bands like Dugout won’t make you regret binging on their music. If you’re into pop punk that’s not processed and more on the real side, check out Where There Used To Be Meaning, out now on Painted Ox Records. 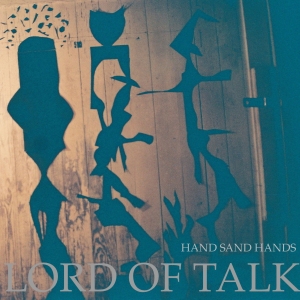 It’s 1am and I should be getting to be to rise early enough to sort everything out before I head to San Diego to see Taking Back Sunday, sleep in a car and then head back on a Greyhound Saturday morning. Instead I’m feeling like a teen on their first trip with Mary Jane thanks to the soundtrack provided by Hand Sand Hands is providing with their new record, Lord of Talk. I personally don’t know what that or any other trips feel like, but I have a feeling they sound a little something this modern psychedelic nightmare.

WARNING: Do not ever play “Before Home” when you are indeed home, it is dark out and you are alone. The voice that welcomes you to the record sounds like someone whispering in your ear seconds before they bite it off. That really set the mood for the rest of the listening experience. It wasn’t like a traditional horror experience though; less gore, more scare tactics for the mind. That’s to be said with “The Promise of Sleep.” While that one sounded like a cult of sorts, “17 Tons” gave me a sacrifice vibe. Again, this wasn’t some Goth record, but it did have its share of creepy. The psychedelic parts slowly made their way in with “As I Said” and “Water Eyes.”

When you boil Hand Sand Hands down you get this peculiar journey of sound. It’s not for everyone, so only buy a ticket if you like things that are a bit obscure. While I’ll be hitting up Taking Back Sunday, you can be waiting anxiously for Lord of Talk to drop April 1st on Autumn + Colour. 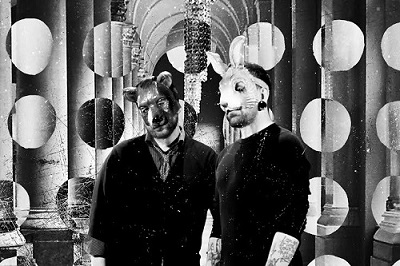 When I was younger people in masks and costumes was not the business. I loved Chip N’ Dale, but getting me near them at Disneyland would be a miracle back in the early ‘90s. Today I’m glad to say the only masked creatures that strike fear in me are the ones who parade around Hollywood looking for tips, so that means I’m totally fine with The Bunny The Bear and their covered faces.

At first the only thing that was odd about them to me was their sound, hardcore and electronic melted in the same pot, but then in walked their Acoustic EP and I found myself smitten. Today they have not only that record but a whole new one full of the music they’ve crafted as their own with Food Chain. They’re currently on the road opening for Mindless Self Indulgence, and the rest of 2014 looks even brighter – so like always, keep on reading on to find out more from Matt “The Bunny” Tybor of The Bunny The Bear as he opens up about Tim Burton, sexy times and more.