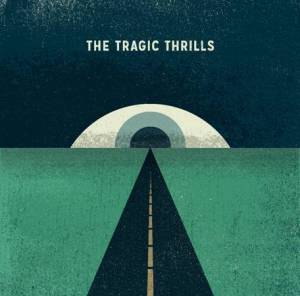 My head’s not in the place it needs to be. My younger brother had another two seizures this weekend (we have our guesses as to why but no confirmations), and when one song in particular from The Tragic Thrills’ self-titled came on, I broke down and it took a minute or 10 to get back to the rest of the album. When the tears were gone I recollected and decided this was one a really amazing album.

I thought The Tragic Thrills were going to be some metalcore band just based on the source I got it from, but then “Tears” (the song, not mine) began and I was welcomed by this overtly positive sound that could pass for either a Grouplove tour companion or The Summer Set’s older brother. By the time “Gospel” rolled around I was set on declaring this a solid record.

After a weekend filled with early morning wake up calls and worrisome thoughts, I needed something like this. The best songs though were the ones that hit a personal nerve – “Afterthoughts” and “Fever” The first was the one that reminded me of my brother and the idea of getting a call I hope to never receive; when you go who’ll remember you? The other, “Fever,” was this song about reassuring someone that you believe in them. It starts out with talking about the girl working to become a writer and well, hello…

The Tragic Thrills’ record plays well with others and if you’re looking for a new friend, please extend your hand and grasp on to this one. I did and it seems to be working out. If you’re like wait, The Summer Set? I said their older brother so it’s not all cutesy lyrics but just the fact that it makes you feel happy with its light approach to music at times. So if you’re interested (which you should be), check out The Tragic Thrills, out now.

END_OF_DOCUMENT_TOKEN_TO_BE_REPLACED 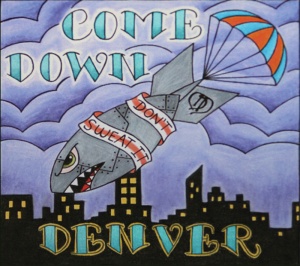 Last night I had the pleasure of seeing New Found Glory for the, well I’ve lost count time. But while I stood there among their fans and Alkaline Trio fans it has never been more apparent how old I’m getting. I’ve talked about that a lot here, especially when a band like Come Down Denver strolls in with an album like their latest Don’t Sweat It and I’m forced to realize that my days as the youngest at shows is coming to an end BUT I’ll keep trying to be hip and happening by listening to said band because this albums so darn fun.

Come Down Denver is like one of those bands who will open for a show you’re heading to. if you happened to get there early enough to see them in the first slot, you might roll your eyes at first because if you’re my age…Standing through more than two bands is the limit on your bones. Then by the time they tossed in “I Went Para Sailin’ With Sarah Palin” and got right to the point they’re trying to make, you’d nod along approvingly. You’d even get a little more into it with “Colorado Springs” and “Down Like The Others.” Hell, even the slow song, “Fire Hazard,” would be enough to make you smile with its cutie pie lyrics.

If you’re still reading mandatory textbooks, then let Come Down Denver be the next band to enter your life because they’re young, you’re young and you like energetic rock that’s meant for you’re the things you’re experiencing right now; most of all relationships. If you’re my age, then let Come Down Denver be a reminder of the good ol’ days when you didn’t have to go outside the venue for a sitting break. Don’t Sweat It is out now, so enjoy no matter what age bracket you fall into when filling out online surveys.