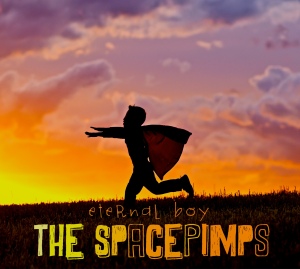 Earlier today I fell for a song from Look Alive, but as the afternoon rolls on I find The SpacePimps’ Eternal Boy being the soundtrack to my unemployed life. As I sat and grumbled over having to type a cover letter to meet this company’s standards, I thought…Fuck that, let me just write my thoughts on this album first; it’s way more interesting. So Eternal Boy, it’s textbook pop punk with songs about relationships gone wrong and being yourself, but it does the trick for those into the genre.

It’s like The SpacePimps knew I’d be listening with a couple mentions of my favorite year 1999. Which makes me think, these dudes were concocting all these musical thoughts when they were barely hitting puberty; impressive. “All Signs Point Home” touched my heart since it reminded me of The Starting Line, and as the record played on things took a little All Time Low turn with “Amber Street” and “Katie.” They mention 2003 being a great year for music in “Tradition,” and I’d beg to disagree they were a year late on that one. Good Charlotte’s The Young and The Hopeless came out in 2002 gentlemen. I recognize that last sentence garners me as much street cred as rocking a Bieber tee, but whatever. All in all I thought at the end, if there were never breakups, where would music be?

The SpacePimps fall somewhere between All Time Low and With The Punches (RIP), so if you’re into that undeniable pop rock that can reach pop punk levels, and are already missing WTP, then let The SpacePimps fill that void. Eternal Boy is out July 2nd, so all you have to do is wait over the weekend and then dig in before you celebrate ‘Merica with BBQs and lit skies. 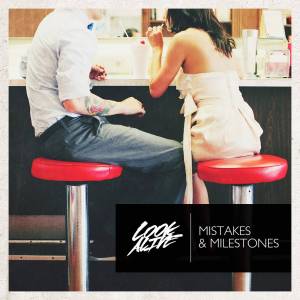 Waking up later and later has become my (Will) forte. Today was no different than yesterday. This is especially true since the internet works up until the point where my laptop is summoned. Then it decides, nah, how about you wait. So as I waited for that stubborn box to cool down, I listened to Look Alive’s Mistakes & Milestones and it seemed just as angry as the little box of WiFi, except I liked their attitude way more as it was covered in hardened pop punk.

“Anchored” got me thinking I could just compare the whole record to The Story So Far since it had that same style of stoic delivery. Then things started to take on a shape of their own for Look Alive and I found myself in two songs and I’d like to tell you more about them. “Farewell” has this line about money that I won’t spoil because I want you to actually go and listen on your own, but it involved Monopoly and after staying up till 2am watching Zenon on Disney, I can only say it was stellar major. Now on to “The Way I See It.” My friend and I recently had a chat about never wanting those “real jobs” because we’re content with the lack of responsibility and as long as we have enough for shows and such, we’ll be fine. This song isn’t about our lack of adultness, but rather the idea of living the type of life you want, no matter the outcome. This trumps the rest of Mistakes & Milestones by, well, miles.

I’ve won the latest battle with the WiFi and have been won over by at least one track from Look Alive. Their harsh take on pop punk makes them more for people who like Title Fight and Basement. You can check out Mistakes & Milestones when it drops July 2nd on Autumn + Colour Records. 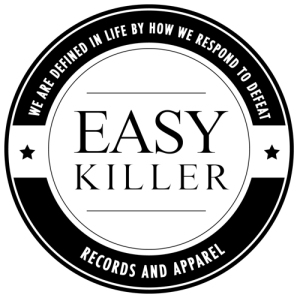 For some of you reading these words, maybe you’re like me and possess little to no musical skills – but you love music so much that you’d marry it if it could cook and clean. When that’s the case you become a behind the scenes nerd, and you’re the person who knows people who run labels, manage tours and book bands; sometimes a little more than the actual bands themselves. So if that’s you, you’re going to love this interview. Even if it’s not you, you’re going to love the following because Mike Judy and Kevin Gales of Easy Killer Records give so much insight to running a label, you’ll think you could do it. Don’t forget it’s a shit ton of work though.

Mike and Kevin have both spent years upon years putting time into the music industry. They each have their strengths and manage to balance one another out. There was never one moment in time where the two sat down and said, hey…let’s do this. It was in the back of their minds as a large project between the two was discussed and finally Easy Killer was born in St. Louis, MI. For those wondering if Missouri has its upsides, well Kevin says the low overhead is both a blessing and a curse, while Mike would like to be close to California since that’s where several of their artists are, but for now it’s nice to call St. Louis home.

Continue reading on for Mike and Kevin’s advice, their label shout outs and more.