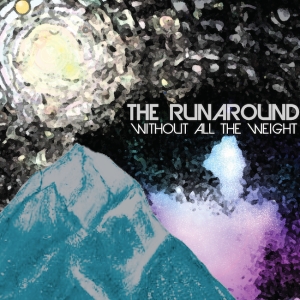 About 20 minutes ago I was writing about Have Mercy amidst of state of emergency. Okay, so the internet being down isn’t a crisis to call 911 about, but it’s 2013 and it was bothering me that I couldn’t Google the guy I constantly confuse with Frank Ocean. It’s Kendrick Lamar by the way. After that quick search I showed some strong will to stay away from Tumblr once it was back in my life as I was dedicated to The Runaround’s Without All The Weight, a rock record that was just strong enough to keep me running back to the internet’s embrace.

There were times when I wanted to abandon Without All The Weight though. “I Bet You The World” had a rough start and it sat awkward for me because of it. After that came “I Wanna Know” and it sounded as if the instrumental, “A Lot To Say,” before just continued on and never took off. Other than those slip ups, the rest of the record had some treats in the messages they encased. We learned to face our fears in “Science Class” and to be ourselves when The Runaround taught us the importance of “Making Something Out Of Nothing.”

Here’s where we note the songs that kept me on track and didn’t let me escape to the black hole that is Facebook at almost 3am; “oh, people I may know…” cut to three hours later. Anyways, their first single “Annie Can’t Wear Heels To Prom” came in third in my book. It was good, but not as catchy as the next two. “…I’m Not Really Willie Nelson” came in a close second but it couldn’t edge out “Without All The Weight.” That song was the one I thought did the best job at showing off not only what The Runaround was capable vocally, but instrumentally as well.

I can’t lie and say that as soon as the last period is typed that I won’t head to check the same cycle of sites I always do, I like you too much. I also like those few songs and then some on The Runaround’s Without All The Weight. If you find yourself listening to The Dangerous Summer and The American Scene, then find your way to Without All The Weight, out now.

2 thoughts on “The Runaround: Without All The Weight”